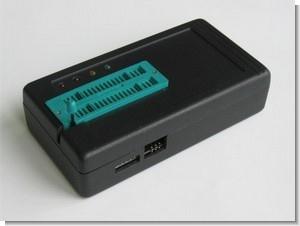 MC34063 circuits made ​​with the computer via usb port circuit dc converter circuit works with 5 volts, 20 volts is raising circuit had previously shared. Winpicprog as computer software (port95nt.ex must be installed) or you can use IC-Prog 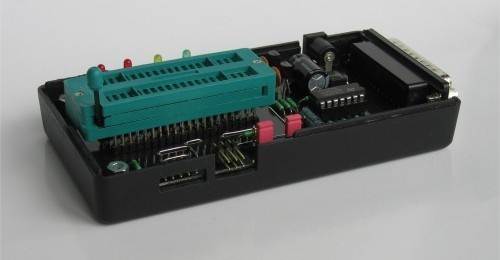 The programmer is designed for PIC from Microchip. Programmer involvement is taken from the original wiring David Tait, which was founded in 1996 and is published in various ways on the Internet. It connects to the parallel port of a PC via an extension cord and supplied from an external power supply. Programmers use since 2000 and for the entire period there were no problems, only with the advent of the new processors were needed to supplement the electrical diagram of the connector ICSP (In-Circuit Serial Programming) for serial programming of installed processors on board. Added is also universal socket ZIF for easy programming of different types of processors from the diagram programmer

The pic programmer is supplemented by the ICSP connector in two versions. The first is a 5-pin flat plug and the other is double-breasted 2×3 pin connector for flat cable PFL. To connect the programmer to produce the interface cable must be as short as possible. Proven length is 20-30 cm. Do PFL06 connector, cut 30 cm cable BELDEN (gray-computer) or flat cable connector wandereth. Using ICSP connector is also possible to program the serial EEPROM 24Cxx type of program Bonny Gijzen (IC-Prog). Memories are inserted into the external socket connected to the ICSP connector (pin 1, 2, 3, 4 on the ground, pin 5 data, clock pin 6 and pin 8 to +5 V). 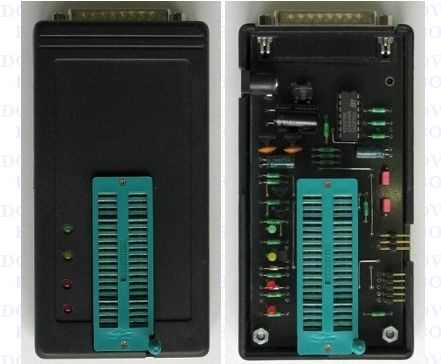