In Vu meter circuits, the LEDs give light according to the level of the sound signal. In this circuit, the LEDs give light according to certain frequencies (various calculations and PWM control). Led colorful music circuit, dance lights or disco lights project made with ATtiny13 microcontroller. It allows the LEDs to light up according to certain frequencies in the audio signal. Green, red, blue 3 different strip LEDs can be used or you can use a single RGB strip LED.

The project uses Audio Signal Acquisition (ADC, Signal Sampling) and DSP (Digital Signal Processing) calculations, which in real time separate the three frequency bands and enable LEDs to light in sync with the music. This project is also a good example showing that real time DFT (Discrete Fourier Transform) is only possible in small MCU like ATtiny13 with 64B RAM and 1024B FLASH.

The schematic of the Color Music circuit and the amplified ATtiny13 outputs with mosfets; 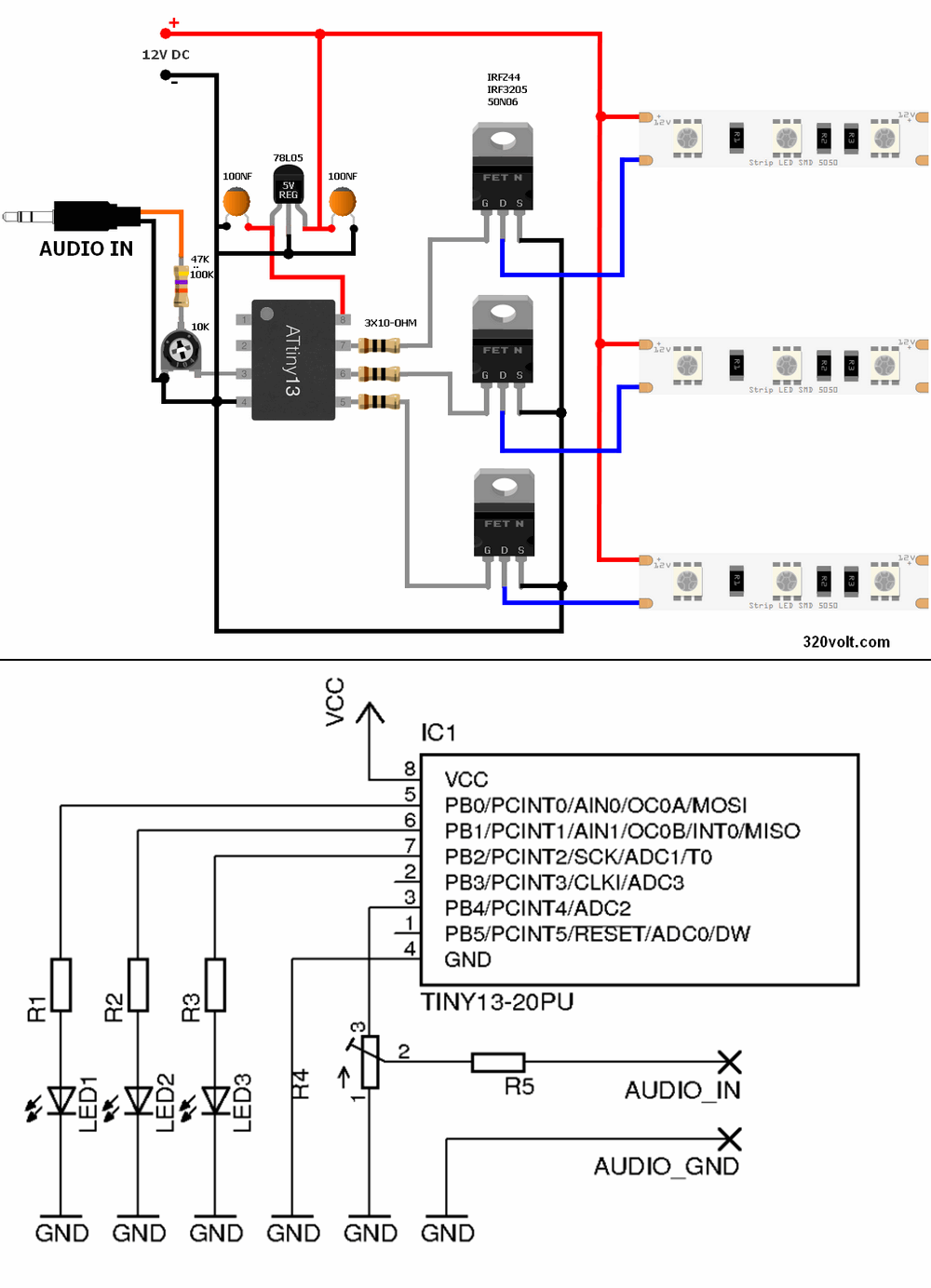 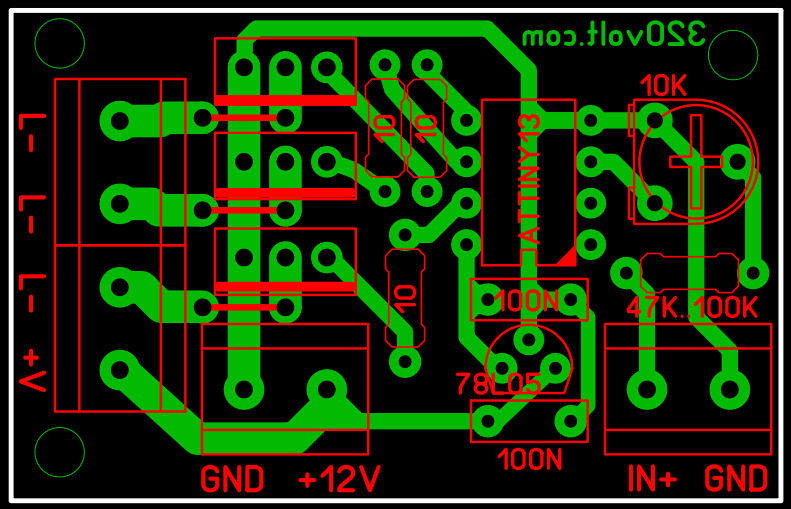 I set up the circuit on a breadboard and tried it, I used the MP3 player output as the sound source. The 100k resistance on the ATtiny13 audio input pin 3 was too much, I used 39k in the tests. The mosfets used in the ATtiny13 outputs can be 50N06, IRFZ44, IRF3205.

Depending on the type of led strip, 5…10 meters of led can be connected per channel. More powerful mosfets and coolers are required for led strips in larger quantities. As you can see in the video, I experimented with RGB strip leds and separate strip leds. RGB strip led is not bad, but separate leds provided a better view.

In addition, I tested with the circuit in the article “Strip Led Microphone Vu Meter Circuit” that I shared before. It works well. It is much easier to use with a microphone.

Join thousands of readers, be notified of the latest publications by Email.