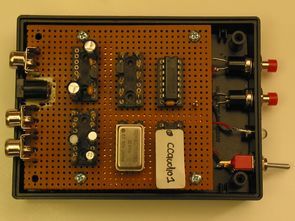 The Motorola 68HC908QY4 is used to produce an NTSC video signal which can be used in several applications. One is an NTSC Test Pattern Generator which produces simple test patterns in order to evaluate a TV’s geometric distortion, high voltage regulation, and interlace quality. Another is a VCR Pacifier to allow a VCR to record an audio-only signal such as from a radio. The VCR Pacifier also includes a real-time clock which is displayed either in video or by using the TV’s closed captioned decoder. Low-bandwidth data from the 68HC908QY4’s A/D inputs can be displayed the same way, turning the VCR into a two-channel data logger. As a bonus, a Video Line Trigger is presented which counts video lines from an external NTSC video source and produces a pulse to trigger an oscilloscope at the selected line(s).

Since the Horizontal rate is defined as 2/455 times the color subcarrier frequency of 3.579545 MHz. we need to start at twice the color frequency if we are going to use an integer divider.

There are two standards for NTSC video: monochrome and color. The color standard is compatible with monochrome receivers, but it almost didn’t turn out way. See NTSC Video: Background at the end of this article. 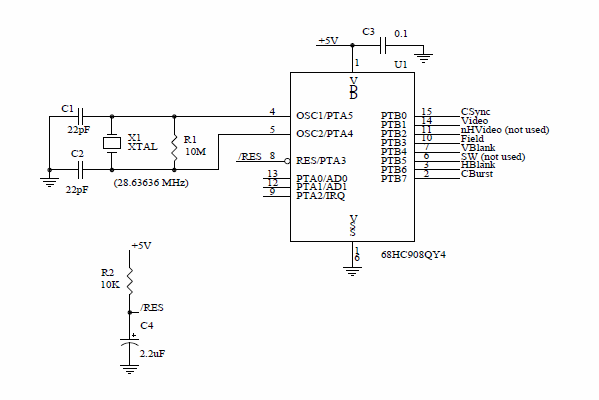 The original NTSC application required a clock of 28.63636 MHz. and used a crystal for that purpose in the standard CMOS crystal oscillator circuit shown to the right. (At this frequency R2 is not needed.)

However, the applications using Closed Captioning required 32 MHz. By then, I had already built the board and did not have space to add a 32 MHz. oscillator module close to the QY4.

When I used a 32 MHz. crystal in place of the 28.63636 MHz. crystal the circuit refused to oscillate at 32 MHz. The frequency was much lower, more like 10 MHz. Author: Jed Margolin 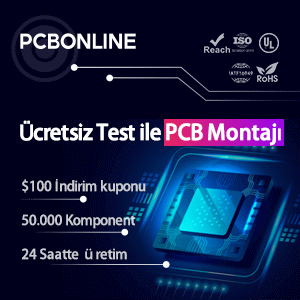